19th century Wellington centre was a place where hundreds of people lived, as well as shopped. Those town-dwellers moved out as retail grew in the early 20th century, but will they return in the years ahead? Here’s another slice of Wellington as it MIGHT look in 2023…

About a decade ago, new residential developments were starting to spring up the centre of Wellington – sites such as Portway House in Plough Road, The Mount, and The Bank in Church Street. It was a sign of things to come.

The Bank on Church Street, which went on the market in 2013

First after those came The Green – a high spec development at the much mourned Charlton Arms Hotel site in Church Street. After so long empty and crumbling, it was a relief to see the builders get on site, and whilst we still miss the grand old hotel, the restored period buildings and adjoining new sections have brought this end of Church St back to life.  There are some nice touches too – the Civic Society convinced the developers that a simple hanging sign at the entrance to the site, bearing the Charlton coat of arms, would be a good addition.

Next was the old Arrive Bus Depot in nearby Charlton Street, vacated by the bus company about four years earlier. The presence of the large Barclays Bank on higher ground fronting Church Street limited what developers could do at the eastern end of the site, and a deal was done whereby the bank moved to a more central location in New Street so their building could be demolished and incorporated into the new development. This also improved the appearance of Church St. Forty-five town houses and apartments now stand on the site. 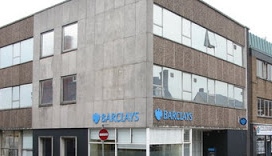 How it used to look: the corner of Church St and Charlton St

The other big area of redevelopment within the ring road has been Walker Street. In 2013, Edgbaston House was being converted into bedsit accommodation, which was done fairly sensitively from what any of us could see, but Telford & Wrekin Council hadn’t been able to shift the old library buildings alongside. The community was able to work with the council to keep the old library as a community space. The former tax office alongside was finally demolished, which allowed for the row of cottages on the old library site to be extended along the road, with further development behind, backing onto the Civic Centre carpark. This includes warden controlled older people’s accommodation. 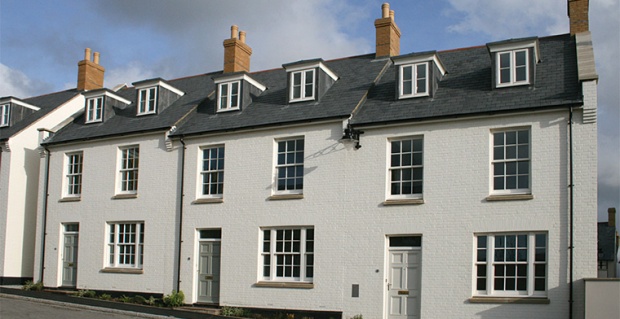 New housing on the southside of Walker St, where the tax office once stood.

Over the road on the old Royal Mail site, the Edwardian post office building has been converted to residential use, and the gaps have been filled with two and three story townhouses. 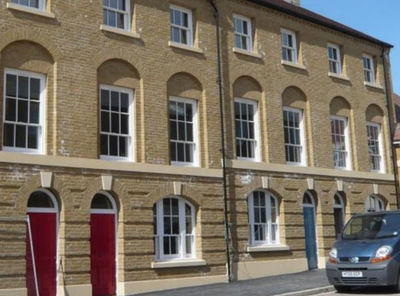 The north side of Walker St, part of the former Royal Mail site.

So, living in the middle of Wellington today is much more common than it was a decade ago. It’s undoubtedly changed the feel of the town centre, but it’s a positive change. There are always people around, even on Wednesday afternoons and Sundays, when the town used to be dead. Where once Wellington risked becoming a ‘donut town’ of popular bustling suburbs but a decaying core, now that vibrancy – that sense of a real community – is alive and well in the historic heart of Wellington.