Another guest post *from the future* – this time from borough councillor, Mike Ion. As befitting a councillor who represents a ward called ‘College’, it focuses in particular on education in Wellington and what it might look like ten years from now. Is it a future we should be working towards creating, or one to be feared? See what you think…

I met local historian and centenarian George Evans last week. It is Wellington Literary Festival time and we were both invited to along to listen to Stephen Fry talk about his new biography of Philip Larkin at the excellent Clifton Arts Centre. George was in great from and over a glass of delightful Wroxeter Sparkling Wine we reminisced about the changes to education and schools in Wellington these past ten years.

George is pleased that his old alma mater Ercall Wood Academy is thriving and is now more popular than ever. The school was totally re-built nearly ten years ago and is now seeking to expand its numbers further and will have its own sixth form by this time next year. The old Charlton School is now well established on the former BRJ site but has been renamed as the Telford McDonalds Academy. It is now an ‘all-through’ academy for 5-19 year olds following the closure of Dothill Primary School in 2017. 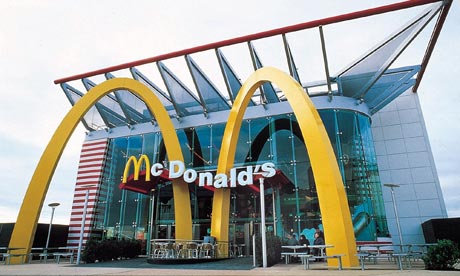 New College and TCAT merged some years ago to form Telford College with sites in Wellington, Southwater in the town centre and in Dawley. The College now has over 6,000 full and part-time students and has plans to open a satellite site in China in 2026.

George informed me that he has accepted an invitation to speak at the first ever degree awarding ceremony at the University of Shropshire. The event is scheduled to take place at the University’s main concert hall on the new, purpose built ‘Wellington Campus’ that used to be the site the Maxell factory. He tells me that he is very excited as he will be sharing a platform with the University’s newly appointed Chancellor, Lord Cameron of Ludlow – the former Tory Prime Minister who retired from politics after losing the 2015 election and eventually settled in south Shropshire.

The new Wellington Campus of the University of Shropshire, where Maxell once stood.

We also chatted about how teaching and learning is so different now and how things have changed in the past two years, let alone the past ten. All primary aged pupils now have iDesks and access their own ‘stage not age’ curriculum online, often with input from a ‘super teacher’ based in India or the US. I told George about a recent international survey which suggests that handwriting will all but disappear within fifty years, as the only time anyone writes something out by hand is when jotting down a quick note or signing his or her name to a document. Email, texting and tablet computers mean that typing has become the dominant form of writing and will be only the one that will be taught in schools in the near future.

It was great to spend time with George, he has seen Wellington change in many ways these past 100 years. He reminded me of the famous quote by Cardinal Newman back in the 1860s that ‘to live is to change’ – how right that is, how right that is!