Sub-divide and conquer: an uninspiring future for Edgbaston House? 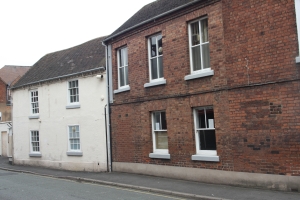 Edgbaston House – a row of three buildings in Walker Street aged between two hundred and seven hundred years old. It’s the place I’ve written most about since starting this blog a year ago, and as recently as the Ideas Farm last month, people were talking about options for making this the location for a new heritage and crafts venue. 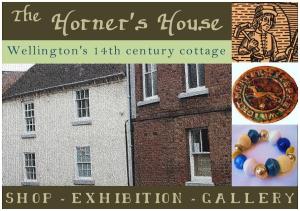 This built on earlier ambitions to make it a miniature museum and exhibition space. So what future for it now? Well, a developer has finally taken an interest and submitted a planning application for…[drum roll]… a ‘house of multiple occupation’. Bedsits it is, then.

For those of us who have invested a lot of time thinking about and developing a vision for this set of buildings, this news is a bit deflating. It also feels like a great big missed opportunity, and potentially the start of many more missed opportunities in this street which could be so great but could also end up being so mediocre.

I’m not going to get huffy about the museum / exhibition thing. The fact is that not enough people showed not enough will to actually take any serious proposals forward – and in these straightened times, a few people having a nice idea just doesn’t cut the mustard with a council that has plenty to worry about already. Why should they have shared our belief that this could work? It’s easy for people to write ‘they should make it a museum’ on Facebook, as some have in the last few weeks, but it’s another to actually be part of building the business case and practical support to make that viable. For their part, the council could have been a bit more proactive in helping us get a case together, but there we are. 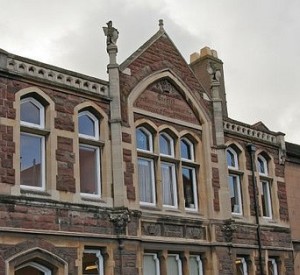 The museum idea aside, however, I am disappointed that the council is showing such lack of vision over the street itself – a street which, as I blogged back in February, is almost entirely up for sale and which therefore presents a massive opportunity for Wellington. The fact that the first tranche of that redevelopment will see a fine set of very old and interesting buildings sliced up into bedsits therefore doesn’t bode well. Have our local politicians and officers really considered the potential this street has to drive the continued regeneration of Wellington, or are they fixated only on selling their assets? It’s their job to bring in money for the public coffers, yes, but it’s also their job to show vision and ambition for the future of our towns. I really hope they’re alive to what Walker Street could be with a bit of imagination.

But let’s be pragmatic and generous of spirit and say that at least this will new use for Edgbaston House will secure a viable future for these buildings. What’s more, let’s see this as an opportunity to smarten these buildings up and ensure that if not accessible to the public as a museum or gallery would have been, they can at least make an enhanced contribution to the streetscape and set the scene for high standard redevelopment of other character properties in this historic street.

We’ve always known the age of these buildings, whilst making them great for public use in terms of atmosphere and historic significance, also made them problematic in terms of accessibility and maintenance. As such, conversion to residential use is one of the more viable alternatives. Indeed, the whole of Walker Street would work well as a residential street, and several of its other character buildings (such as the old library and Edwardian sorting office) lend themselves to that.

I suppose it’s the fact that Edgbaston House is ear-marked as bed-sit accommodation specifically that makes me nervous, because it maybe means the developers will have less incentive to take care to safeguard and enhance the building’s period features – the sort of features which, when selling apartments, can bring a premium. As a report from the council’s conservation officer highlighted a couple of years ago, all sorts of rare things have survived inside – so hopefully planners will ensure they’re as protected and restored as fully as they can be amid all the building work that’s about to ensue. 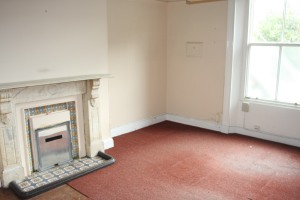 In fairness to the developer – Ellis and Craven of Church Aston – the plans they’ve submitted are reassuring as far as they go. Comparing the current and proposed layout shows no changes to the internal floor plan, for instance. The developers also make it clear that they plan to make no alterations to the buildings’ exterior. 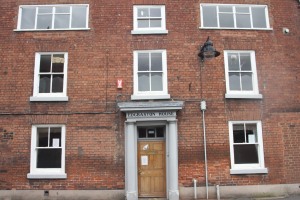 So, all things considered, we should probably support this planning application – but in so doing, we should make a few asks of the developers: 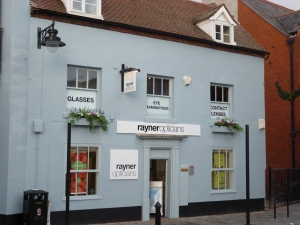 So it looks like the aspiration of a community-run heritage / arts space at Edgbaston House has finally disappeared. Those aspirations live on elsewhere in the town, however, with plans for a pop-up art and crafts shop gathering pace and the project to bring The Clifton Cinema back to life probably the most exciting community initiative in generation. As for Edgbaston House itself – it will survive, and it will be used, and from the outside at least will hopefully be a smart and spruced up reminder of Wellington’s built heritage for a long time to come.

We have until 7th January to submit comments on the plans. Planners can’t enforce much of what we’re interested in, but the developers may listen if we show there’s a strength of feeling about this building. Click here to see the plans and add your comments at the council website.

One thought on “Sub-divide and conquer: an uninspiring future for Edgbaston House?”