Take your partners: what does the ‘co-operative council’ mean for us?

Telford & Wrekin Council is ones of several in England to call itself a ‘cooperative council’. But what exactly does that mean for towns like Wellington? I spoke to council cabinet member Shaun Davies to help figure it out.

This website is not about unpicking goings on at the council and pouring over its services – it’s about what the rest of us can do to make good things happen. But when the council claims to be helping us do just that, it’s worth taking a closer look.

The council’s website says that as a cooperative council it aims to do the following:

Some of this is nothing new – for years, councils have been talking about value for money, partnership working, joining up services and giving people a say in how the council runs things. But there’s some potentially exciting stuff buried in here as well, if we want to really test this idea. Because Telford & Wrekin Council is now saying it’s not just interested in what we think about how they deliver services – they want to know what we’re up for doing ourselves, and how they can help us.

So, according to Shaun Davies – the councillor in charge of all this – it means local people being active and ’empowered’ to do more in their own lives and their neighbourhoods, with individuals, voluntary groups and local businesses getting together to have ideas, kick start projects voluntarily and take action without waiting for the council to fire the starting gun.

There are certainly echoes of the Big Society in all this – and you could say that ‘cooperative council’ is a Labour version of the same idea, although of course they’re keen to point out the nuances. The very name is a hint that Labour councils are aiming to re-plant their own political flag on this territory of collective, community activism, recalling as it does the cooperative movement that emerged in parallel with early Labour politics in the 19th century.

This shouldn’t just be an angry response to cuts

But whatever label you put on these efforts to localise, to empower and to tap into community energy, is it all just a fig leaf for the cuts? Certainly government cuts make it necessary, and Telford & Wrekin likes to remind us of that, but I hope it doesn’t end up dominating their narrative about why they’re taking this approach. Because regardless of how much money is in the system, councils should always be making the most of local people’s energy and enthusiasm to get stuck in, rather than trampling all over it in their size twelves. Cuts give us the ‘burning platform’ to take bold leaps into new ways of doing things, but this needs to be about the good things we can all do, not just the grim things we want to avoid. 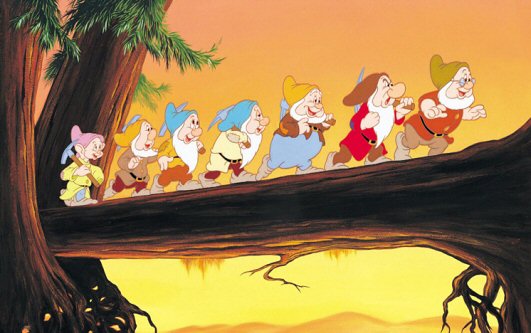 Councillor Davies is good at making the case for his cooperative council, but there are two big questions: is his whole organisation really up for it, and are we up for it too? Shaun’s view is that Telford & Wrekin needs to ‘be a bit brave and trust people’. I’d add that we need to be a bit brave as well: to put our hands up with suggestions but also offers, to challenge the council when we think they could try a different way of doing things, and to accept that sometimes things might not work out as hoped but that it’s still worth trying – whether that’s taking on a community asset or starting a new project.

What could it mean in Wellington?

If the council is to play a more supporting, enabling role as it says it is, what will that look like in practice? Councillor Davies gave an example from Malinslee, where volunteers are willing to staff a youth club in their own time, but where the council is providing the relevant training, helping with governance and sorting out other bureaucratic headaches so that the volunteers can get on with doing the thing they actually signed up to do.

So what about in Wellington? One project already on the agenda which fits the bill is the Wellington Peace Garden. This will be on council ground, outside the new civic buildings, but will be kept by volunteers at hopefully no cost to the tax payer (look out for an article on this soon).

Another is something I’ve already mentioned in a previous blog post – the idea of a heritage bookshop and exhibition space in the medieval part of Edgbaston House, a building that’s currently council owned but empty. Shaun Davies suggests this is ‘exactly the sort of thing we’re talking about, and the sort of thing the council should be supporting’. So that’s encouraging.

There are many more ideas out there, whether it’s about local environment or activities for older people, community events or regeneration projects. However cynical you are about the cooperative council, it gives us a new lever with which to make things happen. The fact is is that the cooperative council will succeed or fail not just on what the council does, but on what we all do. We’re being shown an open door, and it’s up to us to step through.