Why we shouldn’t fear Telford the City

This week, Mark Pritchard MP has come out against plans – should such plans exist (and he claims they secretly do) to turn Telford into a city. It’s something that he’s brought up into the public domain out of nowhere, presumably as a straw man which he can instantly knock down. And yet, as a result, he may well have accidentally sparked a new campaign to put that city status bid back on the agenda. What’s more, people he might hope to see as natural allies – local businesses – are the ones today rallying to start that campaign – and they weren’t doing that last week. Interesting result.

If a bid for city status were to re-emerge in Telford (when the Government next invites such proposals) I admit I wouldn’t be among the keenest flag-waving advocates. These things, after all, can feel like costly vanity projects for councillors and business leaders. But whilst at an emotional level the idea of my hometown becoming part of a city unnerves me, I wouldn’t be at the barricades fending off the bid, either – because I don’t believe that Telford the City would be such a terrible monster.

Opponents of Telford as a city always point towards the ills of city life as the basis of their opposition – the crime, the poverty, the congestion – as though these things automatically arrive when the title ‘city’ is bestowed. 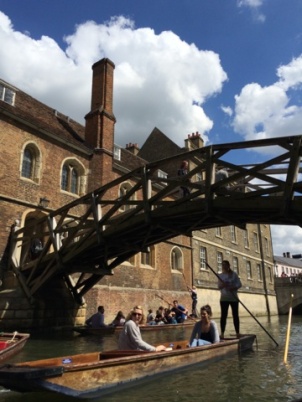 Above: evidence of the horrors which city status has brought for other urban centres in England – let’s hope Telford doesn’t turn out looking like these!

Having spent three years living in the City of Cambridge about a decade ago, I can’t say this dystopian portrayal is one that reflects my experience there. Similarly, I have been in the cities of Exeter and York recently with work – both also lovely, popular places. And it isn’t just the ancient cathedral cities that disprove the Gotham vision of city life – look at Bristol, or Leeds, or the recently-citified Brighton. Yes, all have pockets of deprivation (as does Telford the town), but they also have strong economies, a thriving cultural life and lots of other things besides.

OK, you could say, it’s not just that cities have more ‘bad stuff’, it’s the fact they have more stuff full stop – i.e. we don’t want Telford to become big and urban. Well in case you haven’t noticed, Telford is hardly Walmington on Sea now, is it? Telford IS urban, Telford IS big – bigger than many cities, in fact. If we were talking about making Wem or Bishop’s Castle into cities, now you’d have a point – these are very much country towns at odds with the idea of how a city looks and feels. But Telford is no rural idyll, and I’m afraid that avoiding city status so far has not made it immune from many of the negative side-effects we associate with urban communities – take a look at the stats on health, skills and income in parts of Telford and you’ll quickly see that.

Now the BOROUGH – that’s a different matter. Telford & Wrekin is not an urban borough, and perhaps that’s what is really driving the MP’s sudden outburst, following the proposals for new housing as set out in the recent Shaping Places plan. But many city councils encompass rural hinterlands – the fact of them being cities does not make those hinterlands any less protected or make planning permissions in those areas any easier to obtain. City status for Telford would not automatically mean concreting over the whole borough or joining it up with the West Midlands in some oppressive uber-city.

‘But we just don’t want to live in a city’, many people might say. And that begs the question: what do you imagine cities to be like? Some of them, shock horror, look and feel a lot like Telford does now – with housing estates like the ones in Telford, office blocks and shopping centres like the ones in Telford, and leafy residential areas like the ones in Telford. Telford has an urban centre and a varied array of surrounding communities, some of them based around historic towns and villages with distinctive characters of their own (I would emphasis Wellington here, naturally). This is, actually, characteristic of most cities. Indeed, people who assume a city just gobbles up its surroundings and turns them into faceless, characterless suburbs, are mistaken. In its early decades, Telford sadly got away with doing plenty of that – and it didn’t need the label of city to make those blunders. Where most cities differ to Telford is that they have strong, dynamic, bustling centres – whereas Telford’s centre remains lack-lustre (though admittedly now improving). Telford Centre would be improved by feeling MORE like a city centre, not less. 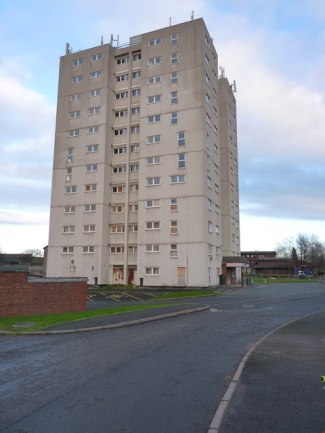 Above: scenes of beautiful rural Telford which are absolutely in no way anything like what you would see in a city

In other words, our starting point must be this: Telford is already urbanised. The question now is what sort of ‘urban’ that should be in future – vague, bland, half-finished, looked on with ambivalence if not plain disdain by outsiders? Or should it be beautiful, interesting and prosperous? I would much rather see a self-confident, well-conceived city centre at the heart of Telford, rather than the embarrassed retail park of town centre we have now.

And what about Wellington? Much of the anti-city sentiment is rooted in a sadness at the loss of identity and rurality already experienced by places like Wellington. But that’s already happened – and in the City of Telford, Wellington may well find it easier to find its feet and regain its identity, not harder. Wellington will always be distinctive when set against the scale and the newness of Telford Centre. What’s more, so long as Telford remains a town, Wellington will have to fight to present itself as a town in its own right – because a town within a town is an awkward concept for most non-locals. But a town within a city – now that makes much more sense; that hierarchy works. Wellington: the market town on the edge of the city. In other words, the things we value most about our communities now need not be undermined by city status, whilst the things that most disappoint – the narrowness of job opportunities, the cultural offer etc, may begin to be remedied.

I’d end with this plea: don’t worry about Telford turning into a bold, distinctive, thriving city – worry about it being a characterless, mediocre town.

2 thoughts on “Why we shouldn’t fear Telford the City”